March 14, 2020
In Kosovo, many people still have a pattern of identification based on ethnicity or religious identity laden with security and incidents, especially in the Peja region. Inter-ethnic relations in Kosovo are, to put it simply, specific, and this is particularly reflected in the example of integration of returnees. There are few examples of genuine multi-ethnic cooperation in the Peja. However, it exists through the cooperation of civil society. Two projects are currently happening in the Peja region, involving young people from numerous communities.

One is run by the George William Youth Center (YMCA) and the other by the Osojana Community Minority Rights Center. The Youth Building Bridges project is led by Zana Ramovic from Peja. "What we are currently doing is through art. We work in Goraždevac, Peja, Gjakova, Junik and Deçan. So far, we have held eight workshops on tolerance, peace, democracy, teamwork and conflict resolution." says Zana ramovic from the YMCA.

Marko Memarovic from the Center for Minority Rights in Osojana is working on a project "Youth Educational Service", which includes young people from Serbian and Albanian communities. He says that cooperation is possible but that there are those in the society who do not want to cooperate in any way.

"Collaboration is possible. Like us, there are young people who are able to get involved in such a project and also meet new people of other nationalists, while some are not, but here we have young people who are in the mood for co-operation, ready to learn and share their knowledge, use it in the near or distant future" Memarovic says.

Many people blame the language for the deep segregation and lack of any interaction between the majority of the members of the two ethnic groups, in environments where they live almost close to each other. Zana Ramovic believes that as long as there is a will to communicate, language is not a problem.

"There are no language barriers, even though everybody thinks so. It is true that young people in Gorazdevac know only Serbian, young people in Peja only Albanian, but it is not. If you bring together ten young people from Gorazdevac and Peja, they will know communicate because they are young, they know English, through play, art only if they want to collaborate" says Zana Ramovic from the YMCA.

In Kosovo, many see politics as a major obstacle to interethnic co-operation. Marko Memarovic from the Center for Minority Rights believes that for a healthy society, politics should not be an obstacle. "I do not consider general politics to be an obstacle. At least not for our kind of NGO. There are probably some things that hinder us because of that, but from my perspective, there are no obstacles" Memarovic

In developed countries in the west, knowing about the culture, customs and languages ​​of fellow citizens belonging to another ethnic group is considered a virtue. Attempts to find solutions to conflict resolution and mitigate them in deeply divided societies present a particular challenge not only to politicians but also to scholars.

*Our Building Bridges project is considered a rare example of inter ethnic youth collaboration, in an article written by Radio Goraždevac 102.5 MHz. This project is working on achieving integration of diverse communities without discrimination and collaborating among young people now using Art as a connecting bridge.

This project was funded through a U.S. Embassy Pristina, Kosovo grant. The opinions, findings, and conclusions or recommendations expressed herein are those of the Author(s) and do not necessarily reflect those of the Department of State. 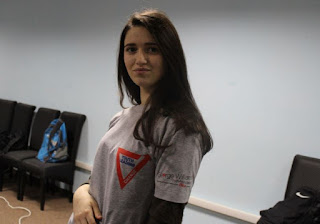 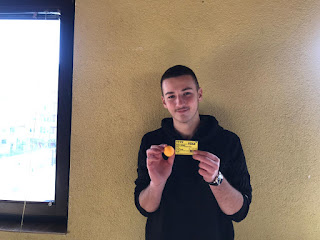 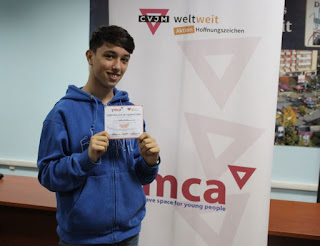 I'm Jehon Alikckaj from Decan and I'm in 'Vellezrit Frasheri' high school. I joined YMCA last year, where I am part of the Leadership and TenSing program.


This organization has helped me a lot since it has made me more compassionate and has offered me the space to express myself  without prejudice by anyone, it has offered me space for my words to be heard considering that Kosovar society is very much perceived by the opinions of others. Also, the YMCA has also connected me with new friends from the municipalities of Gjakova, Peja and Junik where this organization has its other centers, this also helped me with critical thinking and sharing realities with youth from other cities.

The YMCA my second home and so it will always remain.  I encouraged all young people from Kosovo to join the YMCA and similar organisations as this helps you discover the best parts of yourself.
Read more